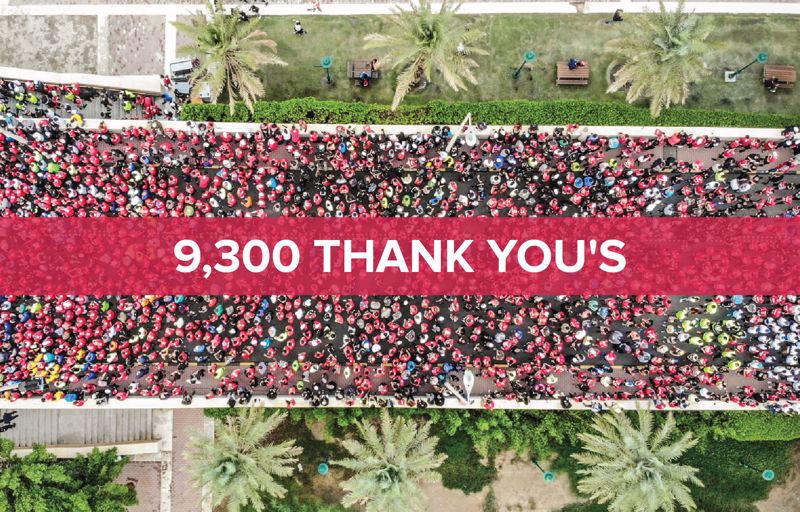 Alghanim was pleased to sponsor the sixth annual Gulf Bank 642 Marathon, which took place on Saturday 16 November 2019, starting at Souq Sharq with an estimated 9,300 participants signing up to support the significant cause.

Lincoln Alghanim showed tremendous support and enthusiasm towards contestants and visitors by creating activation throughout the day.

The new 2019 Nautilus, Navigator were displayed at Lincoln Alghanim’s booth in order to showcase the Lincoln Lineup to visitors passing by. A selfie photos was also held where participants who took pictures around the Lincoln stand.

The Lincoln Alghanim team also had a group of 30 supporters, dressed in white Lincoln T- shirts and holding up motivational messages at a checkpoint, cheering on contenders and motivation them to keep running and go further. The cheering and support surprised runners passing by, leaving them to sprint off with smiles on their faces.

Lincoln Alghanim would like to thank all Alghanim industries employees who participated and showed their support, and look forward to supporting similar events.